How can waterproof and permeable fabric be permeable to moisture?

One, through the fiber to achieve moisture permeability

1. Venter fabric.The earliest waterproof breathable fabrics were the famous Ventile fabrics.Designed in the 1940s by the Shirley Institute in England, it is a high-count, low-twist, pure cotton yarns of Egyptian long-staple fabric with high density, heavy and flat weave. It was originally used in the cold and immersion suits of British Air Force pilots during World War II.When the fabric is dry, the gap between the warp and weft yarns is large, about 10 microns, providing a highly moisture permeable structure;When rain or water falls on the fabric, the yarns expand, reducing the gap between the yarns to 3-4 microns. This closed-hole mechanism is combined with a special water-repellent finish to ensure that the fabric is not further penetrated by rain.At present, this kind of fabric has been replaced by other waterproof and moisture permeable fabrics.

2. Coolmax fabrics.International large companies such as Dupont and Toray of Japan have studied the way of creating pores inside the fiber to expel sweat from the body, that is, the hygroscopic and sweat draining fabric on the market.This kind of fiber production technology is concentrated in the hands of such large international companies, the price is relatively high, difficult to become the mainstream market.

Second, through the coating to achieve moisture permeability

1. The diameter of water vapor molecules in PTFE film is 0.0004 microns, while the diameter of light fog with the smallest diameter in rain water is 20 microns, and the diameter of drizzle is as high as 400 microns. If the film with pore diameter between water vapor and rain water can be produced, isn't it possible to be both waterproof and permeable?GORE of the United States became the first company to produce the film using polytetrafluoroethylene (PTFE), which was laminated with a fabric to produce gore-Tex.However, due to PTFE's very strong chemical inertia, there are few materials that can press it well with other fabrics, and the first generation fabrics have very poor fastness.Later, through continuous efforts, through other hydrophilic film sublayer together into a composite film, and on the film for special treatment, the fastness greatly improved.It is generally believed that the water pressure of Gore-Tex fabric can reach 10000mm, and the water pressure drops significantly after 6-7 times of washing.The moisture permeability can be as high as 10000g/ SQM * 24Hrs, but this is not a value that can be achieved with the newly made fabric. Several times of washing is needed to remove part of the glue. The available pores increase and the moisture permeability increases.

TPU film TPU is short for thermoplastic polyurethane film and belongs to non-porous hydrophilic film.Because the film itself has no pores, it is naturally waterproof, but it also keeps the fabric windproof and warm.Moisture permeability is mainly realized through its hydrophilic characteristics. Depending on the difference of steam pressure inside and outside the clothes, the steam is transferred from the place with high pressure to the place with low pressure, thus realizing the function of moisture permeability. 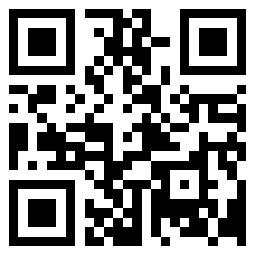